A disease first detected in the Caribbean in December has been spreading rapidly from island to island.

Cuban doctors already facing outbreaks of dengue and cholera are now reporting the island’s first cases of Chikungunya, a painful, mosquito-borne fever spreading across the Caribbean, according to an independent journalist. 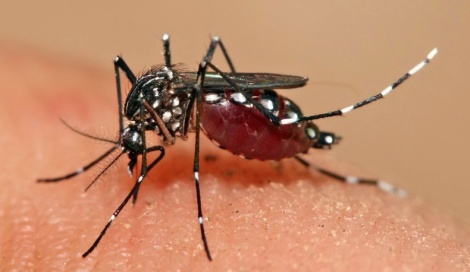 Doctors at the Vladimir Ilich Lenin General University Hospital in the eastern city of Holguín have confirmed dozens of cases of the fever in several parts of eastern Cuba, Mario Hechavarria reported for the Hablemos Press news agency. Hospital workers told him that dozens of cases had been confirmed with laboratory tests and that national health officials have turned a school outside of Holguín into a hospital to treat the patients and keep them isolated, Hechavarria said Tuesday. Cuban authorities have not publicly confirmed any cases of Chikungunya. But they have long been reluctant to comment on similar diseases, apparently to avoid scaring away foreign tourists who are one of the island’s key sources of income. Independent journalists were the first to report the first outbreaks of dengue in Cuba in the 1970s and of cholera in 2012 – both during the summer mosquito and rainy season when latrines flood and overflow. Chikungunya, similar to dengue, causes headaches, skin rashes and acute fevers lasting two to five days and followed by joint pains that can persist for years. It is rarely fatal but can kill elderly or already ailing persons. First discovered in Africa in 1952-1953, the disease has been jumping from island to island since it was first detected in the Caribbean in December in the French territory of St. Martin. Haiti has confirmed at least 15,578 cases and the Pan American Health Organization (PAHO) has reported another 38,639 cases in the neighboring Dominican Republic. The Florida Department of Health has reported 18 cases of Chikungunya from travelers who contracted the fever abroad, but no cases of locally infected patients. Cuba appears to be heading into a summer of outbreaks of dengue, cholera and Chikungunya. As the temperatures rise, the rains flood urban and rural areas and new hatches of the Aedes mosquito, bearer of both fevers, start biting. Hechavarria, whose wife is a nurse, said neighborhood clinics in Havana are already holding workshops on the three diseases, and that Health Ministry officials went on the radio Monday to talk about preventions and diagnosis. Airplanes and trucks have been spraying for mosquitoes in Havana more intensely than usual to control the Aedes hatches, he said. Mosquito control is the only effective way to battle dengue and Chikungunya, according to experts. About 200 cases of dengue were confirmed in one recent week alone in Cienfuegos, according to a report last week in provincial television by Dr. Alfredo Varens Alvarez, municipal director for Hygiene and Epidemiology. Several Havana residents also have been reporting increased numbers of dengue and smaller numbers of cholera, a much more fatal diarrheal disease spread through contaminated water. After months of delays, the Cuban government confirmed three cholera deaths in 2012, the first outbreak of the disease on the island in about 100 years. Independent journalists put the true toll at several dozen. Lisván Hernández Sánchez, a journalist with Hablemos Press in the eastern city of Las Tunas, reported last week that dozens of people there have been hospitalized with what doctors only refer to as “diarrheal disease” Lilia Ortega, head of intensive care at the Pedro Kourí Institute of Tropical Medicine in Havana, where most of the serious cholera cases are treated, told Cuba’s Prensa Latina news agency last week that no cases of Chikungunya had been reported in Cuba. But she added that authorities had declared an “epidemiological alert” in order to start setting out the procedures to follow in case of “a possible outbreak.”