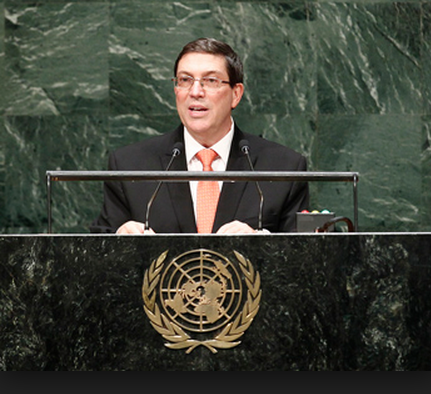 UNITED NATIONS — The foreign ministers of Russia and Cuba Saturday delivered scathing critiques of U.S. support for the Ukrainian government and U.S. military action against radical Islamist terrorists in Syria.

The conflict in Ukraine is the result of an “attempt to deploy NATO up to the borders of Russia” and “will have serious implications for the peace and security of Europe,” Rodriguez said. Sanctions imposed on Russia to punish it for its meddling “are immoral and unjust,” he said.

Rodriguez also described the three year Syrian civil war that grew out of a peaceful democracy movement the result of “foreign intervention” in Syrian affairs that he said “must come to an end.”